Born Philippa Charlotte Middleton on September 6, 1983 in , , Pippa (or Pip as she's known in her inner-circle) is the middle of three children born to Carole and Michael Middleton. Pippa’s older sister, HRH Catherine Elizabeth, the Duchess of Cambridge, was born a year earlier in 1982.  Her younger brother James William Middleton was born in 1987, four-years her junior.

Like her older sister Kate, Pippa attended St Andrew's School in Pangbourne, then,  Downe House School, a girls' boarding school in Cold Ash, and finally at Marlborough College in Wiltshire which, to no surprise, she attended on a Sports/All-Rounder Scholarship where she competed in competitive hockey and tennis.  She later attended the of in where she obtained a Bachelor of Arts Degree in English.

According to an article by Nick Curtis for The London Evening Standard (May 2011) “She [Pippa] works out with her sister [Kate] in the gym at Clarence House, likes swimming and tennis, but has given up her youthful passion for hockey: a shiner from an ill-wielded stick wouldn't have looked good at the Abbey. As a spectator she's been seen at - big surprise! - Royal and Cartier Polo.” (Nick Curtis, 2011).

In an article written by Jo Macfarlane for the Daily Mail July 2011 titled “Pippa at 13: The 'tough' sports star with a winning smile” former Middleton teacher Mr. Allford from St Andrew's School in Berkshire had nothing but praise for Pippa’s athletic prowess saying that “Pippa was like her sister and did everything at 100mph. They both loved sport, but Pippa was particularly talented.  She always smiled and was forever winning medals and trophies. The reason everyone thinks she's got a wonderful figure is because of the amount of time she's spent playing sport in her lifetime. With Pippa, it was hours and hours a day.”

Mr. Allford went on to say that ‘the girls were both known for their bright personalities and sporting talent but they did differ.  Pippa was tough, not like Catherine. If she fell down, she picked herself up and just got on with it.”  Always a competitor, Mr. Allford stated that “Pippa participated in a range of sports at the school, including hockey, netball, rounders, tennis and swimming, and was also an excellent long-distance runner.  The netball team, for which Pippa played goal defense, won a series of prizes while she was captain.  But she wasn't a bad loser and would always rally the girls’ spirits afterwards.”

Never a stranger to competition, Pippa has constantly exhibited spirit, tenacity, athleticism and physicality.  Say what you will about the sister of the future Queen of England, her athleticism can not be argued nor her determination and drive renounced.  Pippa Middleton is a high-performance athlete, full stop.  If she isn’t working out for health reasons, she’s training for an upcoming event.  A few highlights in the past year have been:

-     The Cross Challenge: a 50 mile Duathlon (20 mile run & 30 mile bike) event in June 2011 where she placed 15 out of 160 female athletes in 5 hours and 8 minutes.
-     Also in June 2011 Pippa took part in the GE Blenheim Palace Triathlon Sprint in Oxfordshire – Pippa completed the 5km run leg of the race in a very competitive 25:30 run time.  Pippa’s Team was called SJP, the “P” standing for “Pippa”.  Her 2 male teammates completed the other 2 disciplines including a 750 meter swim and 20km bike ride.
In fact, just this past weekend Pippa competed in the Vasaloppet cross country ski marathon in Mora on March 4, 2012. Vasaloppet is an annual long distance (56 miles / 90 km) cross-country ski challenge.  It’s held annually on the first Sunday in March in .  Pippa completed the race in a very respectable 7 hours, 13 minutes and 36 seconds.  Pippa told Swedish broadcaster SVT she had only prepared for the race for "a couple of weekends" and admitted “it was tiring”.  Pippa participated in the event with her brother James, who reached the finish line 26 minutes ahead of his big sister Pip, completing with a time of 06:47:27.  Admirably, both took part in the event in an effort to raise money for the children's charity Magic Breakfast.
If Pippa is ever looking for common-ground with many of her royal, female, in-laws, it could easily be found in not only her passion for sport, but her ability to excel in it.  Princess Zara is a highly-decorated equestrian looking for a spot on the 2012 Olympic Equestrian Team; her mother, Princess Anne, The Princess Royal “is the only member of the British Royal Family to have competed in the Olympic Games” (Wikipedia).  Even Queen Elizabeth II herself has always had a passion for the outdoors and physical activity taking part in riding and walking very regularly.
There’s no doubt in my mind that Pippa will utilize her endurance and strength in order to dodge the media for the rest of her life and I wish her the best of luck.  Pippa is a role model for all women and young girls.  Being healthy, fit and strong is beautiful!  No one can obtain her level of athleticism without eating properly, training and managing all-around good health practices.  So I would like to formally nominate Pippa for MVP.  I will be cheering her on in all her future athletic pursuits.  She may even motivate me to go for a jog… when it gets warmer of course!
Kelly Rachelle Mathews
I invite you to follow me on Twitter:
https://twitter.com/#!/allthingsregal 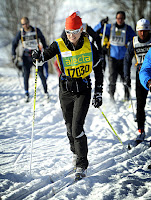 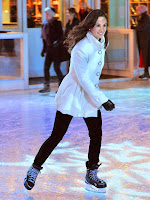 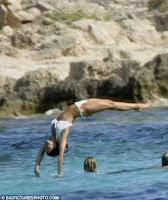 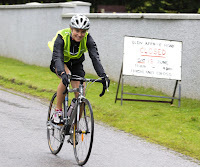 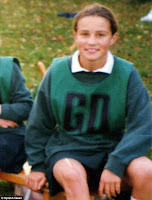 Photo credit: These images have been retrieved from a host of websites.  None of them have been taken by Kelly Mathews or AllThingsRegal.  Sources can be provided at request.
Posted by Kelly Rachelle at 7:54 pm 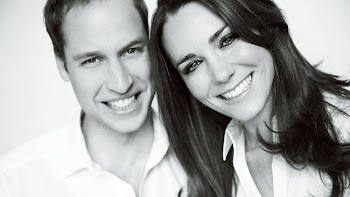